Sign up for our newsletter today to be the first to learn about new products, promotions, and vape info.

Warning: This product contains nicotine. Nicotine is an addictive chemical.

Welcome to Mt Baker Vapor, the number one store for all your electronic cigarette needs! We are dedicated to giving you the very best personal vaporizer and electronic cigarette gear, be it e liquid, accessories, or hardware. We do business with a focus on competitive products, 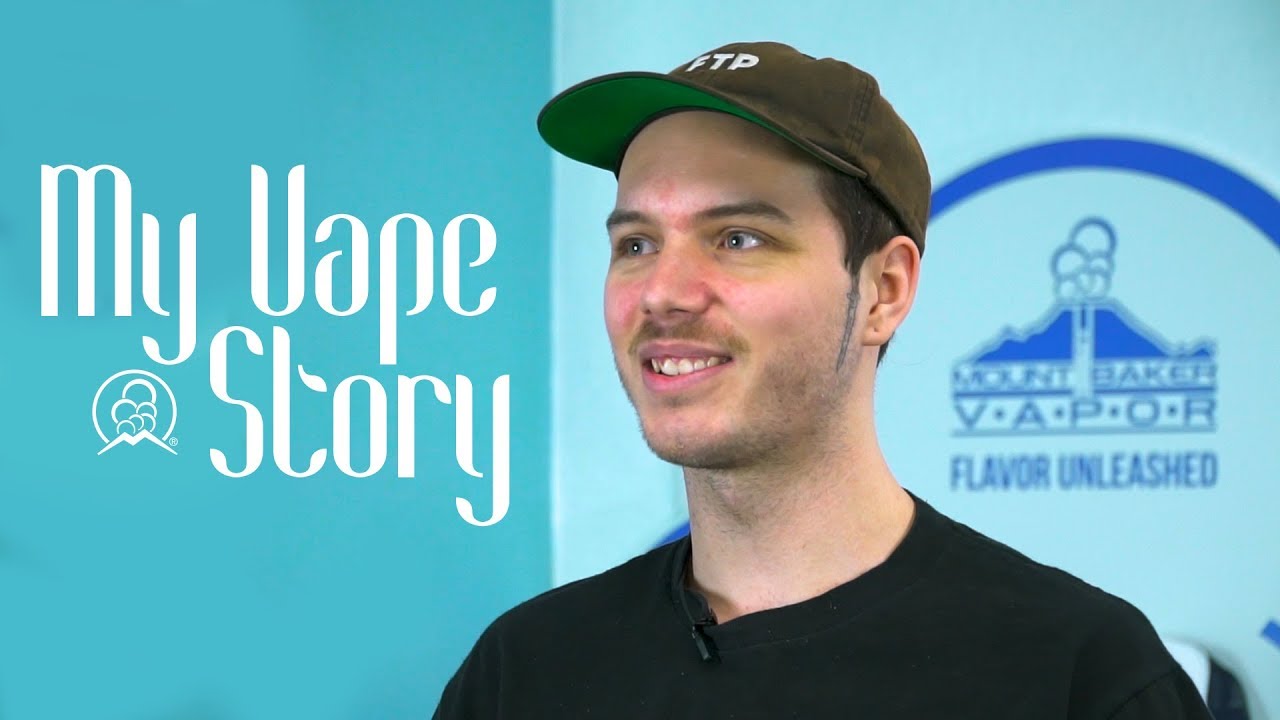 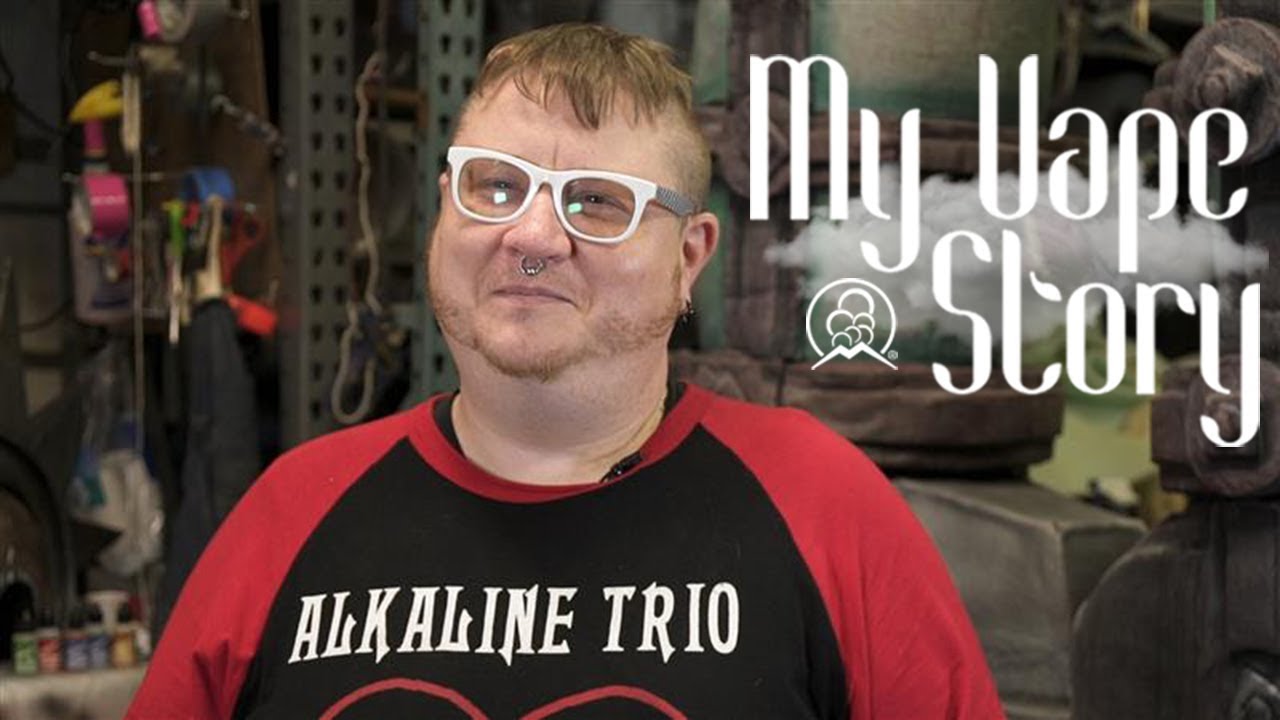 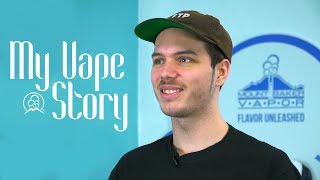 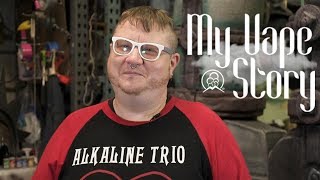 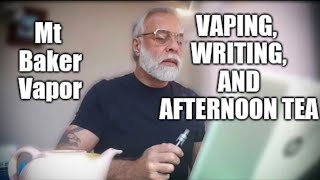 Welcome to Mt Baker Vapor, the number one store for all your electronic cigarette needs! We are dedicated to giving you the very best personal vaporizer and electronic cigarette gear, be it e liquid, accessories, or hardware. We do business with a focus on competitive products, impeccable shipping, and out-of-this-world customer service. The company was founded in March of 2011 by James Thompson and Jesse Webb. Even during those early days, it was clear to them that vaping could change the world by offering a realistic alternative to cigarettes. Mt Baker Vapor has come a long way from its humble beginnings in the homemade lab of a Bellingham, WA apartment.

The man who started it all, James Thompson, was a card dealer at a local casino. One day, during an intense poker tournament, he stumbled upon someone using an electronic cigarette. He was intrigued. James had been a smoker for 11 years and had recently welcomed his third child into the world. Keeping off cigarettes and allowing his children to grow up in a carcinogen-free environment was incredibly appealing. He says, “I started because I loved electronic cigarettes. They were something new and exciting to learn about. Knowing many fellow smokers, and being one myself, I quickly realized how important this invention could be to improving people

James was determined to get his foot in the vaping industry door. In 2010 he began handing out starter kits and business cards for other e-cig companies. He was working out of his car on top of working a full-time job at a local Washington casino, but the grind paid off. After a few months, he had learned what he needed to start his own successful company and teamed up with a co-worker. Jesse Webb started as a silent partner with MBV before growth necessitated a more active role. With two active owners, a growing customer base, and winning business philosophy, the company was on its way to becoming what we know today as Mt Baker Vapor. Three basic ideals have driven this evolution: efficient shipping, outstanding customer service, and affordable juices.

If you lived around the Bellingham area, and ordered from James and Jesse when they first started, then you were privileged to experience their home-delivery option. It was a time when the company was still small enough that they could hand-deliver each of their juices (as long as it was within reasonable driving distance). Bottles would be made at night, with production stretching until the wee hours of the morning. The owners would then wake up a few hours later and deliver each order at 4am so they could still keep up with their day-jobs. It was complete dedication to a dream they desperately wanted to succeed.

Come June 2012, their business model paid off. Mt Baker Vapor was able to move from their homemade lab to their first warehouse building on Sunset Pond Lane. The move allowed them to increase production to meet growing popular demand. It also allowed them to become their own bosses, quitting their day jobs at the casino and bringing in their first official employee to help in the production of e liquid. Business spread like wildfire. It wasn’t even contained to the States anymore; you were starting to hear about Mt Baker Vapor in other countries as well. This prompted yet another move to a larger production building in Bellingham and a mass hiring of employees to keep up with the demand.

Since the company started in 2011, James and Jesse have hired over 150 employees. They believe a happy staff makes a happy company, so full-time employees have always been paid above minimum wage and received full health coverage. In addition to creating a multitude of jobs, Mt Baker Vapor has also prepared and shipped over 1.5 million orders to countless customers in 150+ countries around the globe. In 2014, they opened their very first brick-and-mortar store in Lynden, WA.

Growth has not come without challenges. In June of 2015 Mt Baker Vapor announced that the company was moving from Bellingham, WA to a new home in Mesa, AZ (You can read the full announcement here). The move was made due to legislative pressure from Washington Governor Jay Inslee against the vaping industry. While they were sad to leave Washington, Arizona has proven to be an outstanding home and MBV is looking forward to continued advancement in the Valley of the Sun.

The best part about working in the vaping industry is making a difference in people’s lives. The most important thing Mt Baker Vapor does is provide customers with an alternative method of nicotine use. The employees, who come from all different walks of life, would agree that it gives them a sense of purpose to go to work knowing that they are truly making an impact. While their product is affordable, quality is still a cornerstone. All of the e liquid is made with USDA food grade ingredients. Any domestic order that is more than $50 will be granted free shipping to anywhere in the U.S.

When you ask James if he had one piece of advice to give to a new headstrong entrepreneur, his response would be, "You just gotta throw s**t at a wall until something sticks"

We hope you enjoy our products as much as we enjoy getting to offer them to you. If you have any questions or comments, please don’t hesitate to contact us. Welcome to the Mt Baker Vapor family!

Vape juice, vaping, electronic cigarettes. Information moves so quickly. Stay up to date on our latest promotions and news. Sign up today.

Free delivery on orders over $50